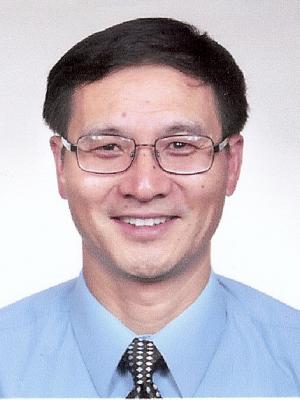 Dr. Jun Wang is the Chief of the Hematopathology Section at the Department of Pathology and Laboratory Medicine, Loma Linda University Medical Center, and a Full Professor of Pathology & Human Anatomy at Loma Linda University School of Medicine, as well as a Consultant Hematopathologist for the California Tumor Tissue Registry (CTTR).  Dr. Wang received his medical degree from Wannan Medical College in 1982 and M.S. degree in immunology from Zhejiang Academy of Medical Sciences/Bangbu Medical College in 1985 in China. He completed his Pathology Residency training (1995-1999) at UCLA-Harbor Medical Center, University of California Los Angeles (UCLA) School of Medicine in 1999 as well as his Surgical Pathology Fellowship and Hematopathology Fellowship training at the City of Hope National Medical Center in 2000 and 2001, respectively. He also completed a mini-fellowship training on coagulation and hemostasis at the Massachusetts General Hospital (MGH), Harvard Medical School in Boston. Dr. Wang is certified in both Anatomic and Clinical Pathology (AP/CP) as well as Hematology/Hematopathology subspecialty by the American Board of Pathology. He completed postdoctoral work while holding the World Health Organization (WHO) Fellowship Award at University of Southern California (USC) School of Medicine (1989-1990) and the Will Rogers Memorial Foundation Fellowship Award at UCLA School of Medicine (1991-1994).

Dr. Wang has authored and co-authored nine book chapters [Bone Marrow] in Silverberg's Principles and Practice of Surgical Pathology and Cytopathology, 4th Ed. and 5th Ed., and [Diagnosis of Primary Gastrointestinal Lymphomas and Mimics] in Onocology - Theory & Practice (Brisbane, Australia, iConcept Press Ldt), as well as more than 100 publications in general pathologic and hematopoietic diseases, and more than 45 abstracts in peer-reviewed journals. Dr. Wang is the Medical Editor of focused issue of the Journal of Gastrointestional Oncology (September 2012) and was the invited special English Editor of the Journal of Forensic Medicine (China, 2006-2016). He is also an editorial member of Hematopathology journal and a manuscript reviewer for a number of journals (Acta Haemetologica, Archives of Pathology & Laboratory Medicine, Biomarker Research, Frontiers Oncology, Histology & Histopathology, Leukemia & Lymphoma, Oncotarget) in his specialty. Many of his research findings and cases are first time reported in the literature. Dr. Wang and colleagues conducted the largest series of “Diagnostic utility of bilateral bone marrow morphologic and ancillary study evaluation – Significance of morphologic and ancillary technique study in malignancy” in 1864 cases, whose conclusions have had significant impact on clinical staging practice of malignancies in the United States and Europe (Cancer. 2002;94:1522). Other important studies conducted by Dr. Wang and his research team include  “Histologic and immunologic characterization of extranodal diffuse large cell lymphomas with prominent spindle cell features” (Histopathology 2001;39:476), “T cell/histiocyte-rich large B-cell lymphoma displays a similar heterogeneity as regular diffuse large B cell lymphoma” (cover page article, Applied Immunohistochemistry & Molecular Morphology. 2005;13:109), “CD3-positive large B-cell lymphoma” (Am J Surg Pathol. 2009;33:505), “Frequent expression of CD99 in anaplastic large cell lymphoma – an immunohistochemical study of 160 cases” (Am J Clin Pathol. 2009;131:574), “Complete absence of KSHV/HHV-8 in post-transplant lymphoproliferative disorders – an immunohistochemcial and molecular study of 52 cases” (Am J Clin Pathol. 2009;131:632), and “High frequency of clonal Immunoglobulin receptor gene rearrangements in sporadic histiocytic/dendritic sarcomas and in Langerhans cell histiocytosis” (Am J Surg Pathol. 2009;33:863 & AJSP 2010;34:1049). Dr. Wang has also succeeded in cloning, sequencing and expressing the 30 kDa extracellular protein of M. tuberculosis, which has been proven to be protective as the major component of a recombinant vaccine against T.B. in both animal models and human subjects (Infect. Immun. 1996;64:3038). A phase I clinical trial of the recombinant vaccine is currently underway (J Infect Dis. 2008;198:1495). His research regarding molecular misreading of the ubiquitin gene in Mallory body formation is a pioneer finding, which was published as the cover page article of the June 2002 issue of Gastroentoerology (2002;122:1878) with an editorial comment.

A team of researchers led by Dr. Wang have conducted and published research that has literally changed the name and altered the treatment of a disease that afflicts significant numbers of post-transplant patients. For many years some post transplant patients have developed a Hodgkin lymphoma-like (HL-like) post-transplant lymphoproliferative disorder (PTLD) that has been treated, relatively unsuccessfully as if it were Hodgkin lymphoma. Recent contribution by Dr. Wang’s research team found important immunophenotypic, molecular genetic, and clinical differences between classical HL type PTLD and HL-like PTLD, and established that HL-like PTLD is not Hodgkin lymphoma but rather a monomorphic B-cell PTLD and should be treated as such (American Journal of Surgical Pathology 2006;30:470). The World Health Organization (WHO) Committee for Lymphoma Classification has taken note and agreed. In its most recent (2008 & 2017) WHO Classification of Tumours of Haematopoietic and Lymphoid Tissues, it has cited the work by this research team and reclassified this HL-like PTLD, by removing it from the HL and HL-like PTLD category and merging it into the monomorphic B-cell PTLD category (WHO 2008, reference #1759 and WHO 2017, reference #3198). Thus, HL-like PTLD, belonging to category 4 of WHO 2001 classification, is currently considered DLBCL and belongs to M-PTLD group. This change greatly impacts on the choice of treatment, which is different for each type of lymphoma. The possibility of applying anti-CD20 antibodies gives the chance of successful treatment in case of B-cell origin lymphomas [Mucha et al. Nephrol. Dial. Transplant. 2010;25:2089-2098].